Dragon’s come in all shapes and sizes, colours and smells. They are sometimes born in the wild, or grow up domestically. They have a variety of predispositions and moods to accompany them. But one thing is for sure, they all need a little training….

What type of Dragon do you have?

No one Dragon comes packaged the same as the other. Some are ridiculously messy, and others are completely obsessively compulsively clean. Which is better?

Messy Dragon’s live in a world of their own filth. Cleaning is not a priority and there is a big chance that they have never had to do it for themselves. They live amongst the daily grind and the dust bunnies hide in the darkness. You can follow them with a duster and never absolve them of their mess. They are content little piglets who believe in traditional family roles or they just don’t care to care. Living with these Dragon’s is like becoming a mother to a child. You will become the cooker and cleaner without much persuasion, and commit total incompletion.

Clean Dragon’s live on the other side of the world. They stress about positioning and placement of objects. Directions of labels and colours of clothes in their wardrobes. To Clean Dragon’s the world is never clean enough. There is always something that can be cleaner, sharper and more reflective. Living amongst these Dragon’s can be the most difficult of tasks. Coming home after a long day and finding your clothes in the bin because they weren’t put away is a stress in itself. They have an intricate organisation of lengths, widths, heights, colours and shapes. They can not handle disorder. Clean Dragon’s enforce into you the role of the child.

Is there a fence? With all extremes there always is a middle ground. The Middle Dragon is compulsive in one direction and relaxed in the other. They are hard to navigate but are probably the most easy to train. Acceptant of lack and happy to accommodate. They live their lives adaptable to their surroundings. Middle Dragon’s have a sense of cleanliness but are not obsessive. Cleaning is not their mission but they like to live neatly. In most cases as their name suggests they will meet you in the middle. Everyone wants a Middle Dragon.

How do you train your Dragon?

In each relationship there will always be a Messy Dragon. So can they be trained? I believe they can. Although training Dragon’s is difficult. 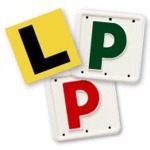 As many Messy Dragon’s would prefer the world cleaned for them. And in most cases they have spent years refining their craft and ultimately developing their unusual ways. So much so, that with a little persuasion and they will have you working for them.

It is evident that at a certain age they could be deemed untrainable. Which leads me to conclude – however did they get to there in the first place? Is it because their mothers did everything for them as children and therefore they expect the same traditional roles in their later life? I would agree partially. In support of this argument, I believe that independent mothers, grow independent Dragons. Mothers who mother their Dragons only set them up for dependant future.

Messy Dragon’s need you to explain that you are not their slave and therefore co-existance is dependant on the sharing of roles. So do you need rules? I believe so. Clear expectations based on equality is to be promoted from both parties. Perhaps even the setting of solid tasks will help to elevate cloudiness.

The biggest fear for the partners of these Dragon’s is that once the little Dragon’s come along who will be chasing them around cleaning? Will it become the stress of the Clean Dragon or the add to the clutter of the Messy Dragon?

Traditionally once the little Dragon’s arrive the clan would evolve from one Messy Dragon to two. As modernity revolves and more liberal approaches to gender specific roles have disappeared, the likelihood of having more than one Dragon is lessened. In the case of the Clean Dragon, these little additions will create chaos in their seemingly perfect world.

So how to grow your Dragon?

Growing Dragons is the most difficult part. Are you the promoter of independence? Or do you want your Dragon’s to depend on you so that you do not lose your sense of value? Or is it not about value, it is just because you care too much?

I aim to have my Dragon’s to grow up independently. I want them to fit in to the Middle Dragon category. I do not want another picking up after them. However much consideration into nature VS nurture – which will win out? Or ultimately is it the partner of these Dragon’s that inevitably teaches them how to behave?

What is clear, that a Dragon in any category can be trained. After all this world is about equality. For Dragon’s, it is about planting seeds and setting expectations; providing rationality, reinforcing your roles, and above all outlining that you are not a keeper of a Dragon.

~Mango
“All men are created equal, but some are more EQUAL than others.” George Orwell, Animal Farm

3 thoughts on “‘How to train your Dragon’”